International protocol is an essential education and skill for companies that are active globally, as well as for networking.

International protocol is an essential education and skill for companies that are active globally, as well as for networking.

The International Protocol Academy – ICPA is the only Japanese organisation to receive exclusive international accreditation from the Leading Etiquette and Protocol Schools of the World, the world’s leading association of protocol executives, and is affiliated with the founding organisation of a former member of the British Royal Family.

Feedback from participants received from this training

In this article, we will discuss this international protocol officer training.

-What results it achieved.

Initially, we received applications for online interviews for the general public.

We received an application for an online interview for the general public, but as we realised that the future of the company was at stake, we immediately prepared a proposal, brought it with us and visited the company at the appointed date and time.

President Ansem Wong is a global leader and had clear objectives and wishes for the course. The meeting ended in one hour.

This time, in order to be able to meet Mr Toyoda’s upcoming business trip to China, we made a proposal for an irregular special training course with a tight schedule before he left the country, and the contract was signed immediately the next day.

In this way, the InterCultural Protocol Academy – ICPA is able to flexibly and flexibly adjust the training schedule, etc., to suit the objectives, requirements and schedule of the course.

This time, we prioritised Mr Toyoda’s desire to finish the project in time before his business trip to China, shortened the preparation period, which normally takes one month, to two weeks, and adjusted other schedules to accommodate him.

The International Protocol Academy – ICPA’s executive and corporate training is based on thirty, sixty and one hundred and twenty hour courses.

After careful listening and verification of the client company’s target audience at the pre-training meeting, the training content is strictly selected and combined from a variety of topics, as follows.

‘Making the impossible possible. Changing the future for businesses and individuals.”

This international protocol training started with these words. The following is a verbatim extract of the lecturer’s (Director Murata) remarks during the said training.

The assumption that you know everything is dangerous. That is because it prevents you from learning anything. The important moment is when you realise you did not know.

You probably do not know as much as you believe you do. Take our examinations and you will learn all about the current state of your knowledge. The poorest learners are those who pretend to know.

It is also an important part of character, culture and behaviour for a company executive not to be overconfident that ‘I know everything I should know without having to learn it’, but to be wise enough to utter ‘there are things I do not know’ with dignity.

In International Etiquette and Protocol classes, learners learn not only international education, but also ancient languages to understand the way of thinking. The ‘learning’ from the three ancient scholars is enormous.

The wisest of them all is the saying ‗I know nothing’. Socrates. The stupidest of them all say, ‘I know everything’. Many people today live in an information society.

You have made a step forward just by deciding to attend this training. Your value as a man is not determined by your outward status alone. It is how you behave that counts.

Corporate training exists to fulfil the company’s purpose. Participants spend a great deal of time in training because they want to make a difference. The key to success is the degree to which the participants understand their own business and share their own objectives.

Time is life. It is not money. You are sitting here with your precious lives at stake.

In this way, each participant is encouraged to think about how he or she may transform his or her own life as well as that of the company.

How to change not only the company, but also their own lives.

These are the key points of the lecture.

The lecture also included brain science and the emotions that people have when they purchase products.

The course included a look at the differences between Japanese and continental cultural structures, international protocols for greetings, introductions and handshakes, the reasons for doing so, seating positions and the accompanying science of psychology and brain science.

The table etiquette section also required the students to dress up (formal attire).

In diplomacy and business, table etiquette is also a matter of tactics. It’s not just about how you behave, it’s about the politics of business and diplomacy. It is at the dinner table that you can best pick up on people’s opinions, express yourself and deepen relationships.

Global people are used to doing business at the dinner table, therefore it is best to assume that your culture will not be accepted at this table.

The lecture included such topics as table etiquette in the UK, France, continental Europe and the USA.

Participants changing from day to day

The video above shows how important it is to understand what you cannot see in terms of behaviour, thinking and dress, to acquire knowledge, and to use techniques to put this knowledge into practice. The importance of these factors was also demonstrated.

Feedback after the end of training

International protocol applied on a business trip to China.

International protocol applied on a business trip to China.

“We will Report you from China!”

After completing the course, the two students left for China with the bare minimum of essentials and other small items. On arrival, they were welcomed by the Chinese government and received a first-class welcome with fireworks, concerts, lion dances and a video call.

They said they had a clear understanding of why they were doing what they were doing and had put it into practice in many areas, such as executive behaviour, dress, the position of the hands and how to greet people.

When we heard that they had received such a tremendous welcome in China, we thought that they were exceptional. I am confident that the lessons learnt will help the company to develop into a leading global company, expand its business and achieve even greater success.

International protocol can be learnt once. It is not such an easy study. As with any learning, if you fail to continue, you will soon forget and revert to your old ways.

I hope that Toyoda and his colleagues will continue to learn. If you feel like you are falling back, that is a sign that you have not learnt enough. It still requires three years for it to become a habit and take root.

You cannot rely on books or information on the internet.

People try to learn about etiquette and protocol from books and the internet.

Feedback from participants received so far

I could not have made it this far without the guidance of Ms Murata!

She is completely different from the other coaches! She is a true master who truly transforms you!

Being ‘authentic’ is very important for company leaders, directors and executive candidates.

ICPA’s training programmes provide the knowledge, culture and skills that are essential for corporate executives.

We also offer courses for interviews and trial sessions, so please do not hesitate to contact us for more information.

We look forward to hearing from companies and individuals who have expressed an interest in International Protocol. 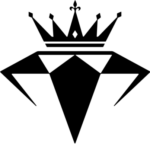 PrevPreviousICPA becoming a global professional development academy!
NextReasons why it is better to use English than Japanese in important situations, based on expert research. Intercultural communicationNext